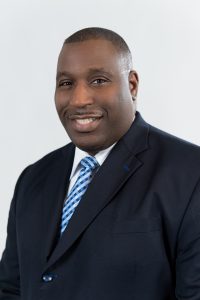 James A. Lee was born in Abington PA.  He joined the United States Air Force and relocated to Texas in 1987. He was licensed to preach on May 15th 2011.  In that time, he has lead and served in various ministries.  In 2000, he served as a teacher and founder of the B.E.A.C.O.N.S (Boys Educated About Christ Only Need Structure) ministry.  In 2003, he joined Bethel’s Family Baptist Church. Shortly after joining, James and his lovely wife Yolanda were called to lead the Youth H.O.M.E. Groups ministry.  In 2004 He accepted the role of youth ministry director where they served faithfully for 6 years.

In 2010 He was called upon to assist in Providing leadership and growth of New Beginning Church in Houston Texas. This “ministry from the ground up” experience proved to be invaluable.

in October 2011 Upon completion of the assignment he returned to Bethel’s family to lead the Small Groups ministry, which included providing leadership and vision to the adult education department where he started Life University and L.I.F.E. groups Programs. He is currently serving as the director of Pastoral care for the Church at Bethels Family.

In addition to his ministry responsibilities he serves as a member of the board of directors for Bethels Global Reach and Bethels International Ministries.

James has been employed as a NASA Contractor for the past 22 years. He attended Virginia state and Eastern New Mexico state universities, He received a Biblical teaching certification from the College of Biblical Studies in 2005.